A discussion on naming conventions is a pretty dull topic, but it is vital if you want your project files to be organised.  We are reverse engineering some Aermacchi/Harley-Davidson parts, and we need a way to name our CAD files, photos, pages of manuals, and other data.  It is rather painful to change naming conventions mid-project, so let’s hope we get this right the first time.

The first logical step is to look at the parts catalogue(s) [1][2]. Just use parts names.  We are done, right?  I wish it was that easy.  We will base the core of what we do on the part numbers and descriptions from the parts catalogue, but sometimes it does not always work. There are 2 situations where there is no part number in the catalogue, namely 1) the part is a component of another part 2) the part does not exist in the catalogue.  We will explore the normal case, the component sub-part case, and the non-existent part number case.

Part numbers and names are great for single parts.  But there are many parts that are a combination of 2 or more parts, and then welded/riveted/soldered together to make the final part.  In the catalogue, for example, it will list a “39984-69P REAR CHAIN ADJUSTER ASSEMBLY”.  But if you look at this part, it is 2 parts welded together. At the factory, they would have a drawing for each, and some additional drawings for assembly and jigs.  We will just concern ourselves on the parts drawings, but in this case, we have 1 part number and we need to draw 2 different sub-parts and that make up this assembly.  We handle this with thinking up a brief name for each sub-part of the ‘REAR CHAIN ADJUSTER ASSEMBLY’, and we came up with ‘Threaded Shaft’ and ‘Adjuster Body’.  Turning these into file names for CAD files (SolidWorks in this case), would look like: 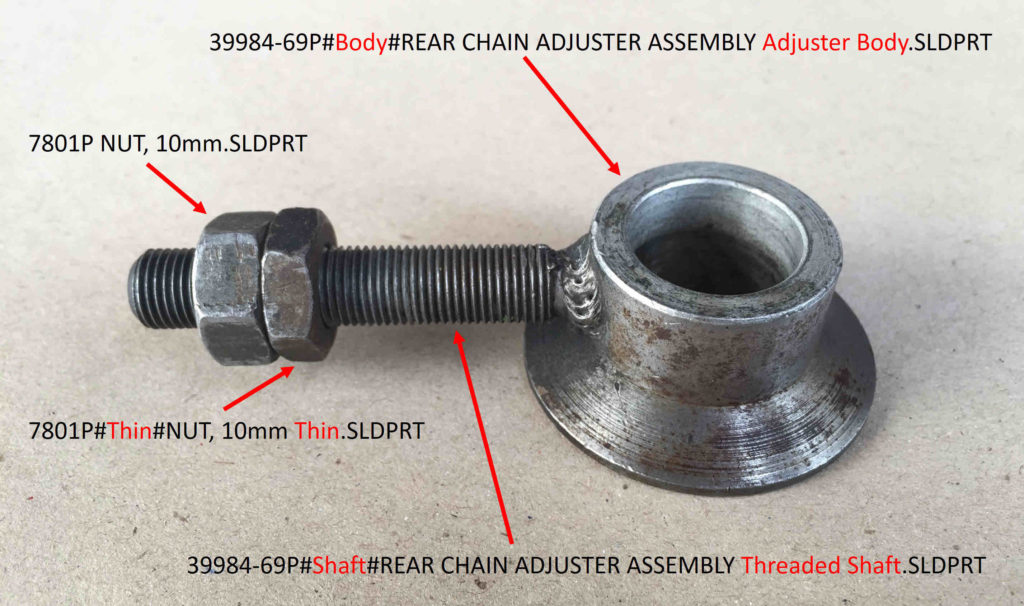 The use of a hashtag (#) is used so a computer could parse a long list of names and figure out how to separate part numbers from part titles. I also use mixed case in describing things, like “Threaded Shaft”, and this comes from the software development world where there are passionate discussions on naming conventions and the use of ‘lower case/Mixed Case/ALL CAPS’ for various naming conventions.  We did not want to use ALL CAPS as this would get confused with the ALL CAPS used by Aermacchi/Harley-Davidson when they created their catalogue part titles in ALL CAPS.

What about parts that came on the bike, but there is no listing in the catalogue?  In the Aermacchi/Harley-Davidson, this happened on this ‘39984-69P REAR CHAIN ADJUSTER ASSEMBLY’.  In the catalogue, there are 2 jam nuts on the threaded shaft.  The parts book shows them as the same nut, but there are many Aermacchi with a thick 10mm nut, and a thin 10mm jam nut. So, what do we do about this thin nut?  We certainly need to draw it, as it is a rather distinctive part on the Aermacchi, and this means we need a name.  The original thick nut is: “7801P NUT, 10mm” and this turns into file name “7801P NUT, 10mm.SLDPRT”, and the new thin nut is ‘7801P#Thin#NUT, 10mm Thin.SLDPRT’.  We re-used the naming logic of the sub-part we described earlier.

Next big topic is file folder organisation.  We do not want to just put 1,000 files in a single folder, as it will be hard to locate files, and it will also be hard to share.  The sharing issue arises when someone just wants the front forks (62 parts), or the front wheel assembly (54 parts), for example.  Sending them 1000 files of the entire bike would take up space, add confusion, and just not fit with my sensibility of organisation as a virtue (that I seldom achieve)!  Luckily, the parts catalogue also organises things by a functional unit like “forks”, carburettor”, and so on.  We will use the catalogue’s table of contents as our outline and our folder structure. 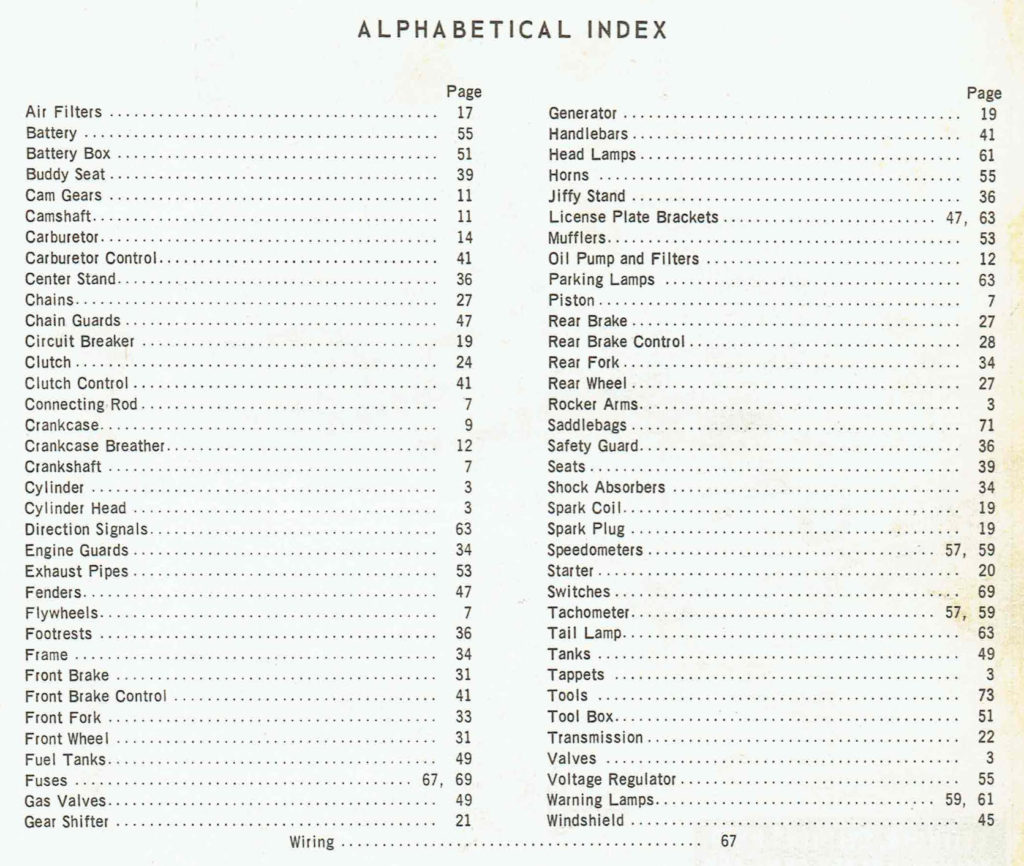 I do hope we do not need to change the naming convention mid-project.  It is very painful to update drawings, title blocks, and so many other interrelated documents.

Let’s get back to engineering and making some progress on some of the parts.