Why reverse engineering an Aermacchi CRTT frame?  Well, I had a dream to go to Bonneville and race a CRTT based bike and try to break a record and I wanted to do some modifications to the frame and cylinder head.  I did not want to cut up an original CRTT frame as I am a bit of a history nut and cutting one up would cause me too much mental anguish.  So, I had to build the cylinder head and frame from scratch, and to build one I needed to make drawings and 3D models so I could get this cast/machined/fabricated.  (I have still have not made my Bonneville bike, but you get the benefit of some of the engineering output from the exercise.)

We start with the frame.

My first inspiration for picking Aermacchi was reading about Paull Brodie and, in particular, this article http://flashbackfab.com/how-to-build-a-racer/ . I reached out to Paul and asked him quite a few questions.  He made his own CRTT frame with some modifications:

If you have not seen Paul’s work – it is nothing short of miraculous.  He did a replica of an Excelsior where no known motorcycles exist; only 5 photos and that is from the right-hand side.  Check it out here http://flashbackfab.com/excelsior-homepage/  He made a handful of copies of this bike and he has one left, for $139,000.  http://flashbackfab.com/excelsior-005/

Back to CRTT. My reverse engineering started with the frame.

Paul was kind enough to give me some good information, and amazingly he shared with me his drawing of the CRTT replica frame that he made.  He drew it by hand on some large sheets thick cream coloured cardboard.  He actually cut up his cardboard drawing into A3 size pieces and mailed it to me.  I was a little shocked, as it was like cutting up a DaVinci sketch. So I scanned each piece and re-assembled them in photoshop and made it look good as new.  The resulting scan is pretty lovely, coffee stains and all.  The copy below is only 500Kb in size.  The original and highly detailed and is about 5MB, even with some aggressive JPG compression.  Happy to share it. 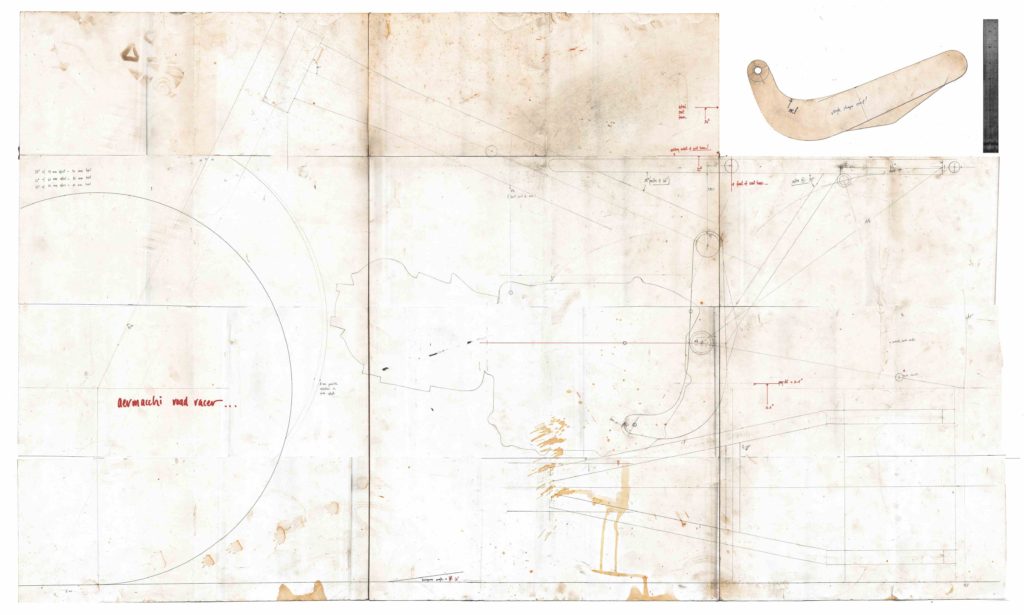 Over time I bought a CRTT.  I was very lucky, as they rarely come up for sale.  Here are some pictures of it.  I think you will see a beautiful bike, with its design being the sole purpose of going fast. 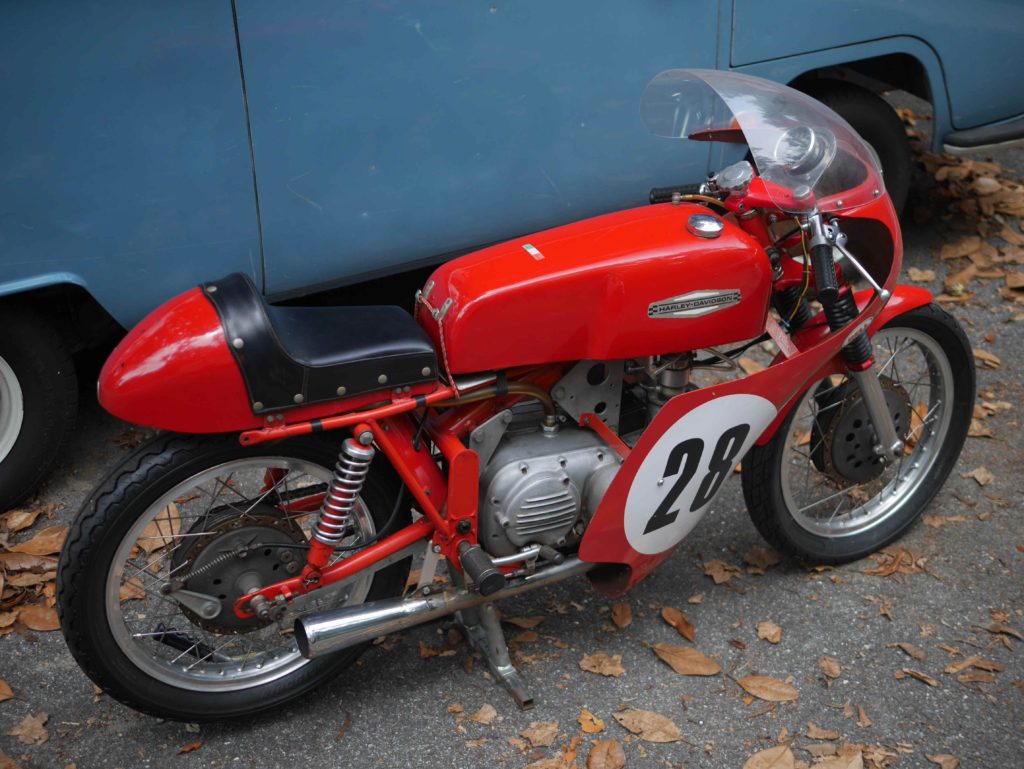 The engine is a single cylinder with a 10-degree angle. Some people find that engine design odd, as it is not popular anymore.  But, it is identical to the lower cylinder on every Ducati made today, so it is well proven that a cylinder performs just fine at that angle.  Many popular road and racing bikes all had very similar engine configuration, such as Moto Guzzi and Motobi.  It is probably the most popular cylinder layout in the history of motoring, as millions of Japanese and Chinese motorcycles are made every year with this design, albeit relegated to the 125-175cc bikes.  I like it because it keeps the weight very low, the head is out front so the air hits it first for cooling with the air blast bias being on the exhaust port. Super easy to do any head work such as valve adjustments or complete head removal. Genius. 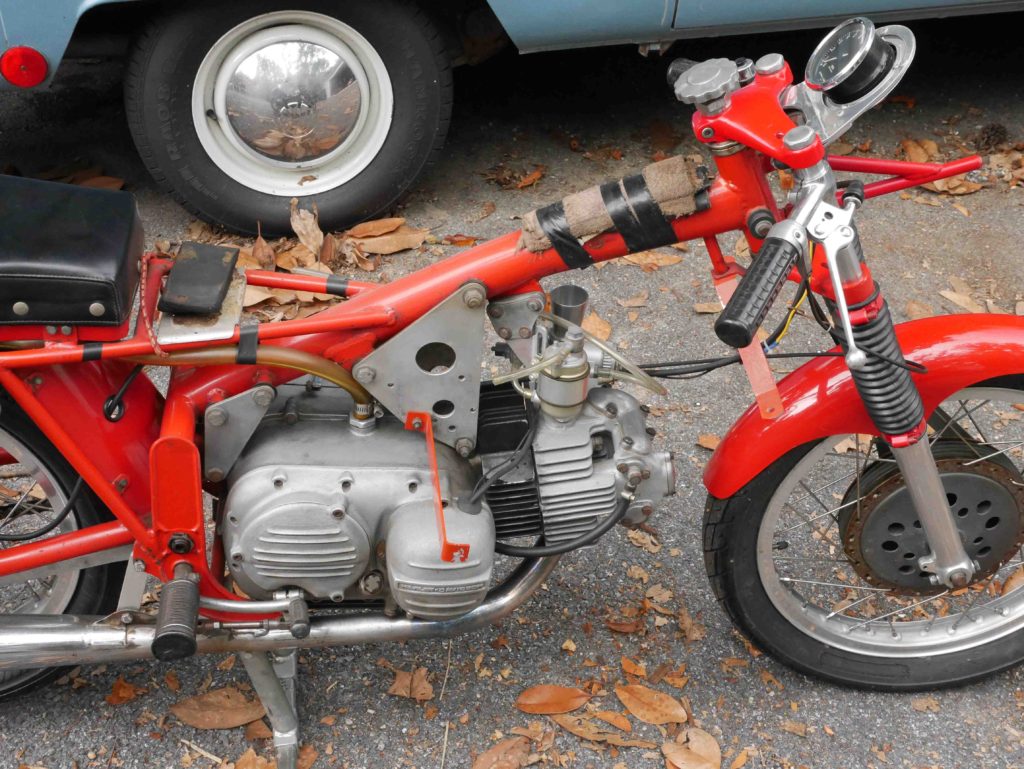 The bike is extremely narrow.  Of course, that is a good thing.  Low drag. 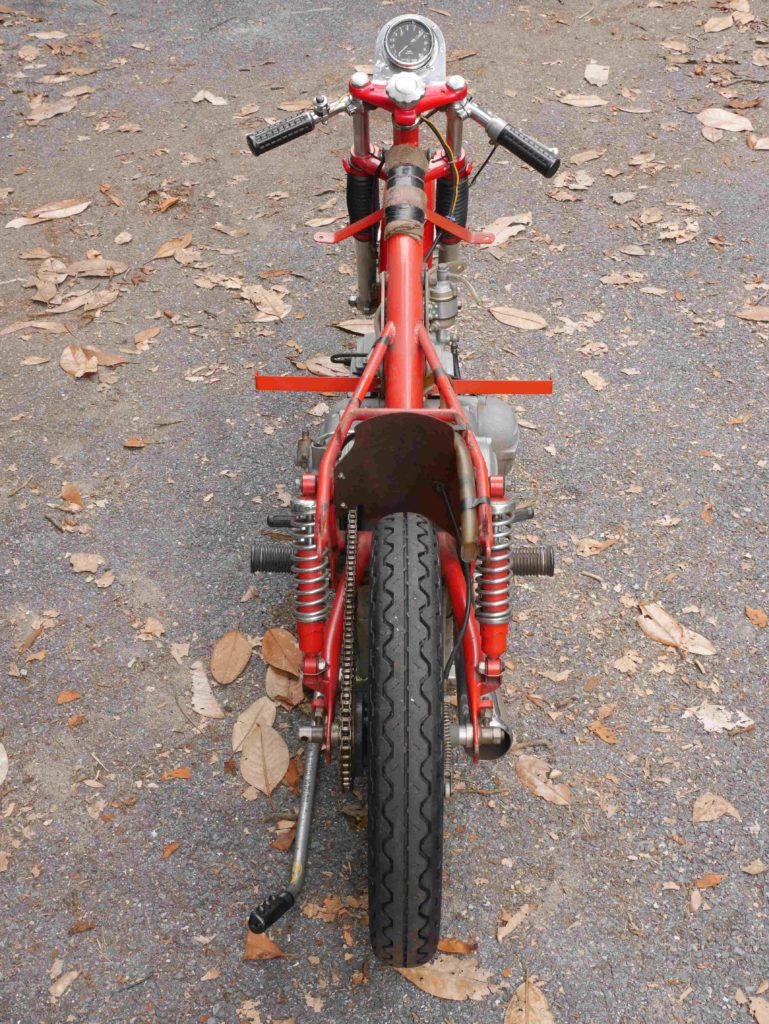 The backend also has a very purposeful design.  Not one extra frill or embellishment.  It is all functional.   Che Bella! 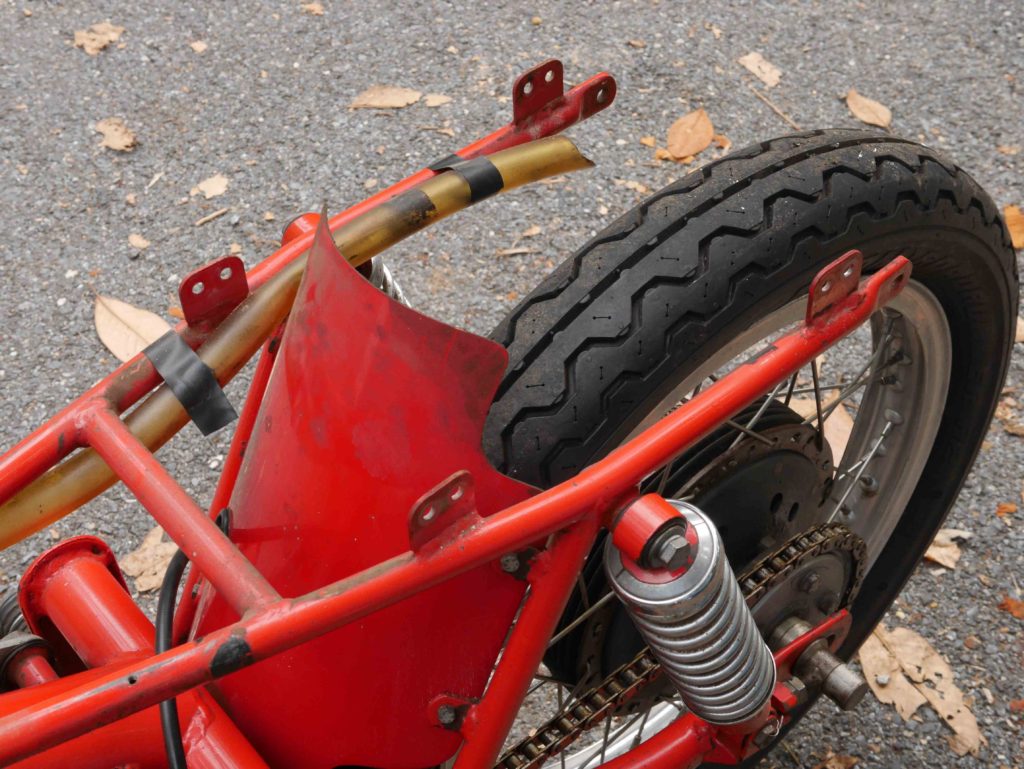 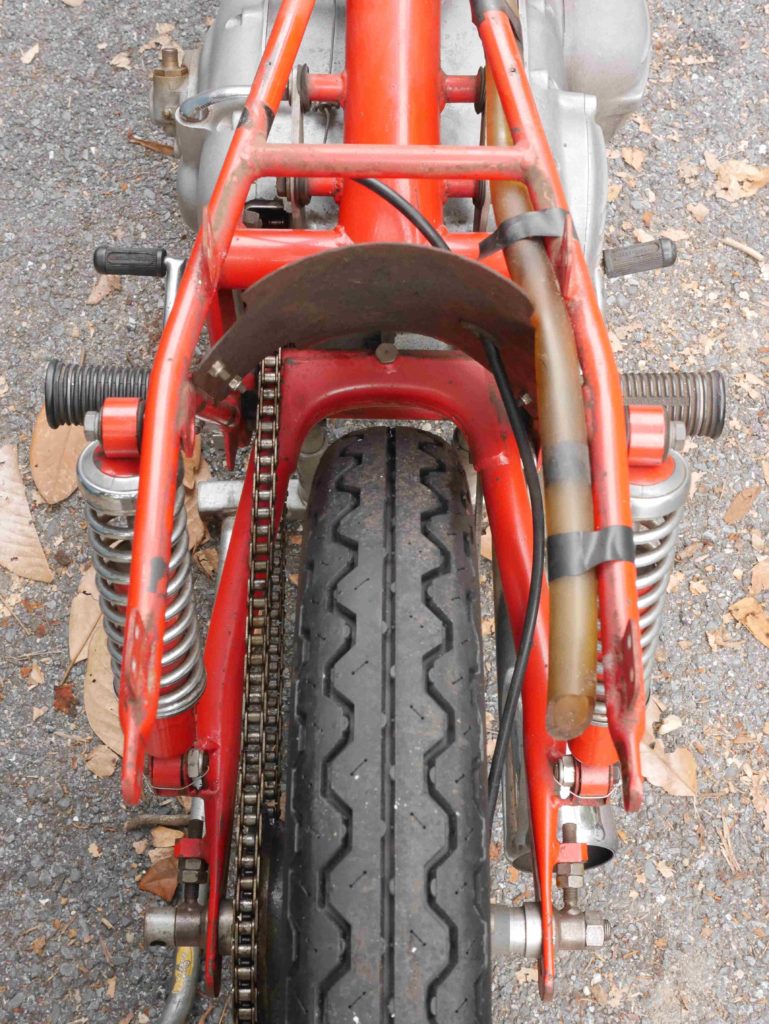 I almost forgot, here are some 3D renderings of the drawings we made. 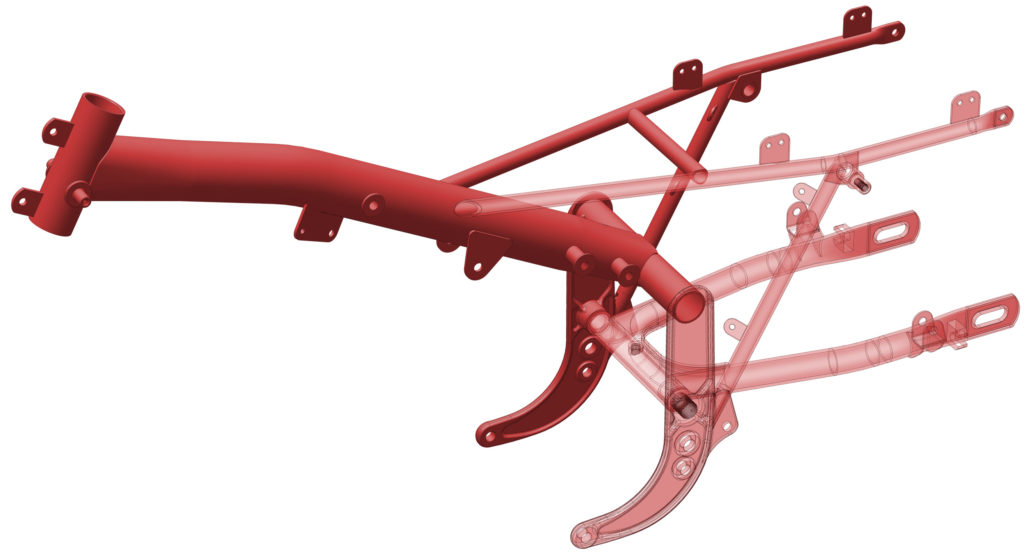 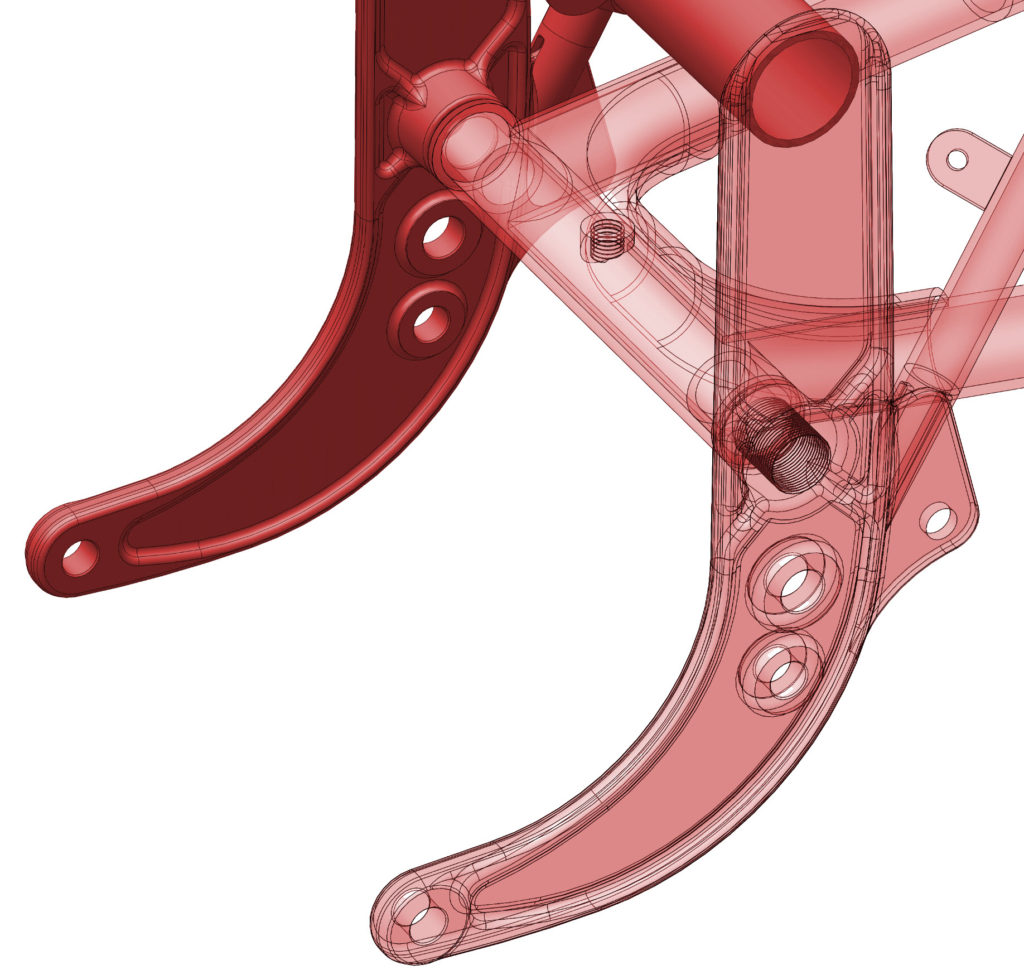 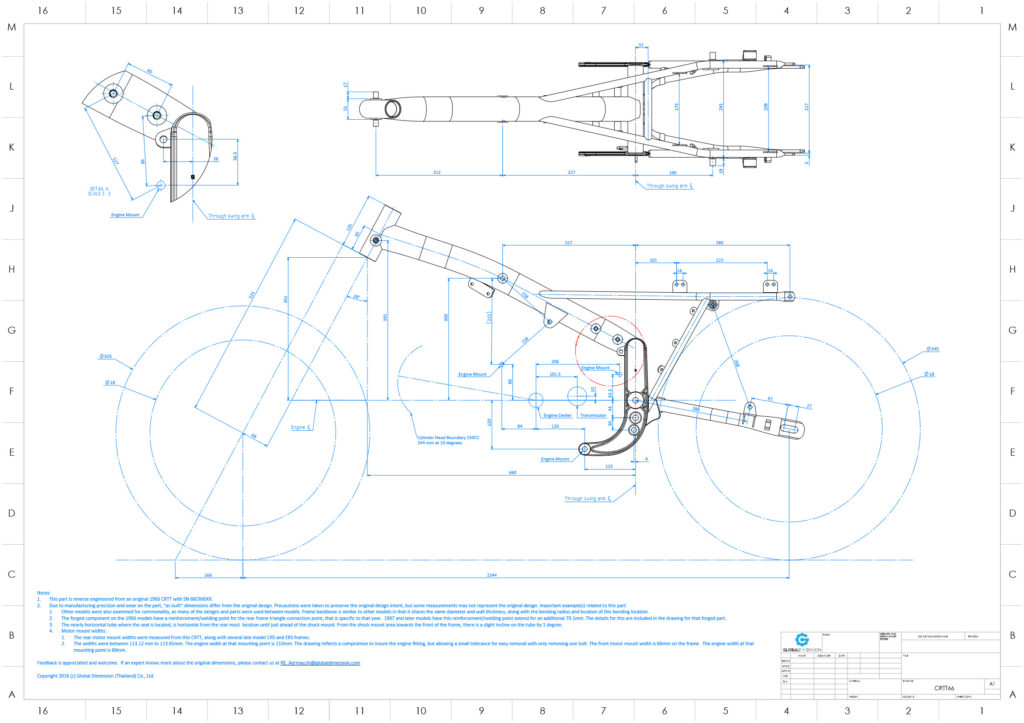 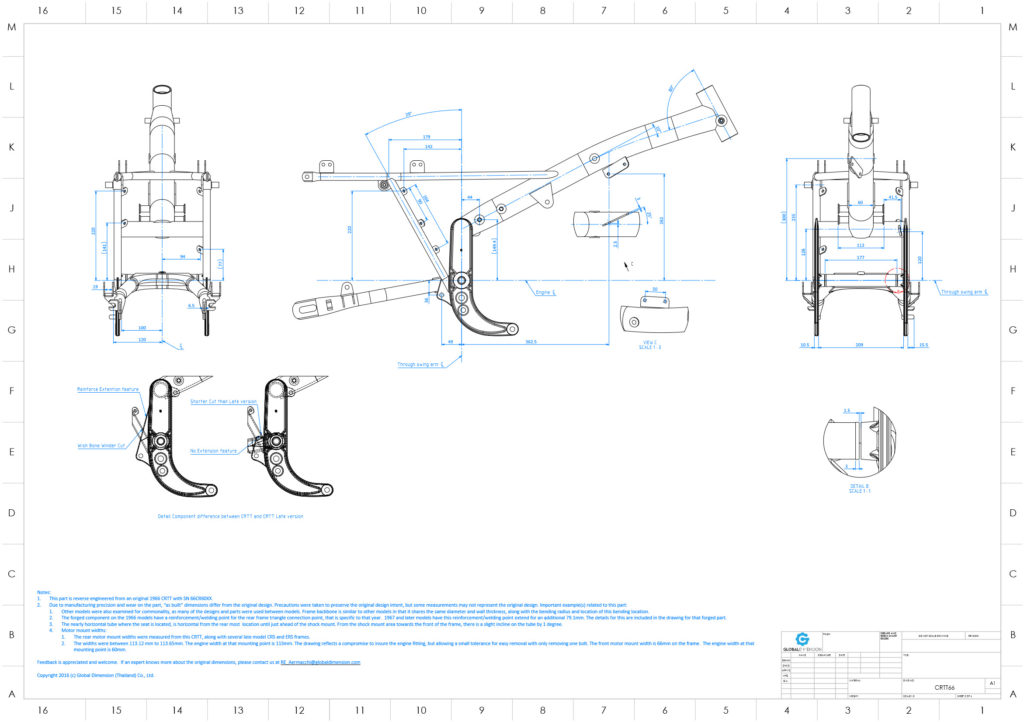 Please visit our Facebook page, Like/Follow us!!!  Of course, you can always sign up for the newsletter, located on the right side of this page.